Halifax, Nova Scotia — November 27, 2015 — Good help can be hard to find. It’s a cliché, but owners and managers of collision repair facilities know that it’s also the cold, hard truth. Kelvin Campbell experienced this first hand when he ran a nationwide campaign seeking experienced techs to work at his facility, CSN-Chapman Autobody in Halifax, Nova Scotia.

“We started our search campaign over seven months ago, and we got about three applicants,” he says. “None of them had experience in collision repair.”

It’s worth noting that CSN-Chapman Autobody is a progressive facility that has earned a good reputation in its community and is a BMW Certified Collision Repair Centre. You don’t get that certification without a dedication to investing in the latest equipment and making sure staff are highly trained. In short, it’s the sort of facility that shouldn’t have trouble attracting staff. After the cross-Canada campaign failed to net results, Campbell’s next step was somewhat unusual. He hooked up with a company called GlobalForce Resource. The firm specializes in supplying North American companies with the very best in automotive talent from overseas.

“I went to the UK for a weekend and interviewed 10 candidates. We’re hiring four of them,” Campbell says. “It was eye-opening. They had gratitude and a lot of enthusiasm about moving to Canada. I not only interviewed candidates, but their spouses as well. It’s extremely expensive to bring a family here, and you don’t want to hire someone and have them leave after six months.”

This makes a lot of sense. Moving overseas is not like simply taking another job. Success relies on entire families buying into the concept. Campbell says it was just as important that everyone involved knew what they were getting into.

“The UK is very crowded and heavily urbanized. They look at Canada as the land of milk and honey. We’ve got wide open spaces, wildlife and plenty of trees. That’s a different world to them,” he says. “In Halifax, you drive just a bit out of the city and you can buy a huge, beautiful home with a few acres of land for under $300,000. It’s a complete lifestyle change.”

To Campbell’s credit, he did make sure his prospective candidates knew every aspect of what they would be getting into. Halifax had a record year for snowfall last year, and it’s not unusual for at least one storm per winter to dump 30 to 40 cm of snow in one night. “It didn’t phase them a bit,” he says. “Then I showed them some photos of Nova Scotia in the summer and they were floored. I took along some real estate listings as well.”

You can’t argue with results. Campbell has hired four new technicians, all of them highly experienced and eager to start new lives in Canada.

“I would definitely recommend it to other shop owners,” he says. “The company I used has two options. You can either do Skype interviews or meet them in person. Personally, I think in-person interviews give you a much better feel for a person, and you get to know what they really want.”

Christopher Cosgrove is the founder and General Manager of GlobalForce Resource, the staffing company Campbell used. He’s been in the business for 15 years.

“The UK is our primary market for applicants, but we do get applicants from Europe, the Philipines, South Africa … we’re generally looking for the job skills and either English or French proficiency,” Cosgrove says. “We specialize in the mechanical skilled trades, focusing on the automotive trades, as well as trucks and heavy equipment.”

Going outside your own country for staff can present challenges. Cosgrove points to the process in place at his company that tries to minimize those challenges and make it as painless as possible.

“We take the specifications of the job order, run through terms and conditions of employment, rates of pay and discuss if relocation assistance is available and find a resource consultant to work specifically for that client,” he says. “We’ll run recruitment campaigns on digital and social media, and then we screen the applicants.”

No doubt that screeing process saves employers a ton of time and effort. Pre-screening applicants means the employer only needs to interview the cream of the crop. International recruiting may not be for everyone, but for Kelvin Campbell and CSN-Chapman Autobody, the results are worth it.

“For any shop owner considering this, I would strongly recommend hiring a local immigration lawyer. They’ll understand all the requirements for bringing someone in from overseas, and they can help you avoid the pitfalls,” Campbell says. “I’m also available to give other owners feedback and advice.”

You can reach Kelvin Campbell via email to kelvincampbell1@mac.com. 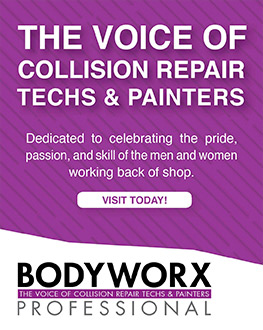 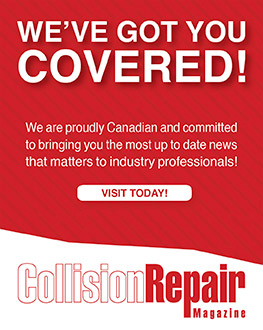 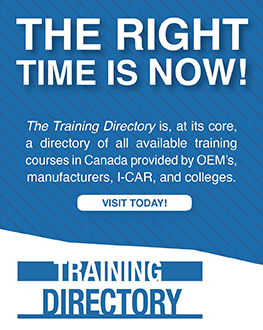